How Magnetic Therapy is utilized

Just like its name says, Magnetic therapy uses the magnetic fields generated by the magnets themselves for healing purposes. This method is widely utilized around the globe, with the US, UK and Germany being the stand out practitioners. With other countries around Europe included, this process of magnetotherapy has been carefully designed and prepared to optimize its effectiveness over the years.

This use of magnetic therapy is a great relief for different ailments such as muscle and joint aches. Further improvements have also been developed which can even encourage smoother blood flow whilst quicken wound and tissue healings. This in turn would drastically reduce discomfort in the affected region.

Based on a case study from the UK, magnetic therapy was successful in providing a remedy for potentially agonizing leg ulcers. As quoted in the study, this treatment was part of a series of trials that was effective in reducing the affected area of up to “91.2%” over a period of 3 months. This was comparable to those that in fact, do no include the same magnetic wrap, who still spotted the ulcers and rather spread further with time.

What exactly is Magnetic therapy?

Revisiting the root of this form of treatment, a Magnet utilizes its properties or attraction and repulsion. This is brought upon from the magnetic field, which is generated by the electric current produced by the electrons that orbits the nucleus of an iron atom , both negatively and positively charged respectively.

This concept is built around the pairing of electrons, who when left on its own will produce a magnetic field when lined up with its central nucleus. Most of the raw sources of magnets are found in the ground, where the pure iron ore has been readily magnetised over millions of years by the overarching magnetic field from the Earth itself.

Back in the day, this method of magnetism was discovered through the treatment of iron which included heating and striking it to create this magnet effect upon aligning it towards the earth’s natural magnetic field. An alternate method is also the introduction of an electric field upon to incur its magnetic properties.

There are in fact several  forms of natural magnets which are formed by certain rare metallic elements. These are usually smaller and more compact, while being lighter and stronger than the aforementioned iron variants.

One of these rare elements were determined to be the “neodymium”, which when combined with iron and other metals, form the therapeutic versions we see today. These are usually worn on the body without being too outstanding to the public eye. It can be utilized in the form of jewellery such as a bracelet or necklace, or even sticking onto clothing or skin. This is unlike its bulkier variants which includes thick clunky belts or bands that were produced in the olden cultures. 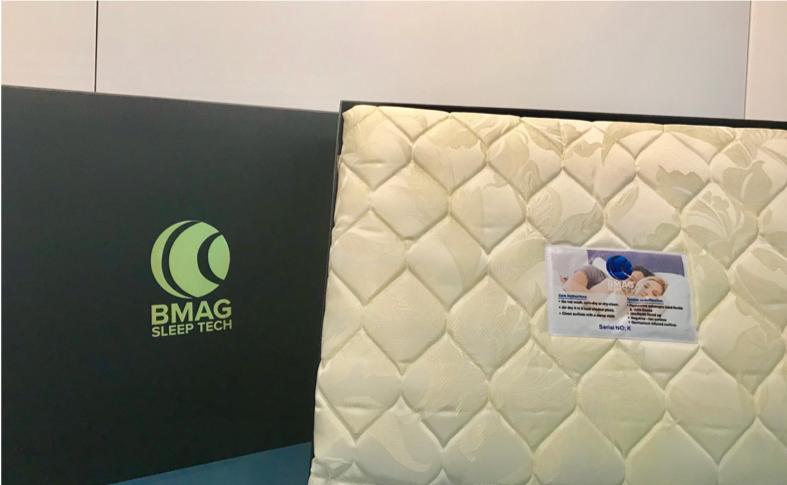 As mentioned, these magnetic products can be used in the form of wearable accessories or even in the form of bedding mattresses (as shown in the image above, the BMag SleepTech Mattress padding is one of Bio Globe’s best selling variants for magnetic therapy.)

Upon further research conducted, it has been found that this form of treatments has achieved up to a 85% success rate, dramatically improving the patient’s condition while conversely diminishing the pain experienced. This is comparable to the effects of many mainstream pain killer medications, without the potential subsequent side effects.

An example of its effectiveness is utilizing it as part of the treatment for osteoarthritis. One form of magnetic therapy is the pulsed electromagnetic treatment, which have proved to have numerous benefits. These include the reduction of stiff joints and discomforts, encouraging the recovery of joint cartilage while dissipating any inflamed tissue.

This is supported by the number of medical studies conducted where over 900 subjects affected by osteoarthritis were being observed. The application of the pulsed electromagnetic treatment was largely successful with results seen within 4 weeks.

The use of pulsed electromagnetic therapy was also seen to have substantial benefits for patients. A study supports this notion through the study consisting of over 60 patients where the application of the treatment have subsequently diminished the pain caused by the condition. The repeated application every 12 hours is key to this result, where the electromagnetic therapy was able to overshadow other additional treatments.

This use of electromagnetic therapy can also be utilized for back issues where the stimulation of the lower back can effectively lower the pain caused.

The steady improvement of this form of treatments have seen recent breakthroughs, where its application have extended to the improvement of stem cell treatments, tissue formation and even to the remedies for other diseases that causes neurodegenerative effects. This have developed into the method of electromagnetic field simulations, with further improvements and benefits being discovered with further research.

How does magnetic therapy work 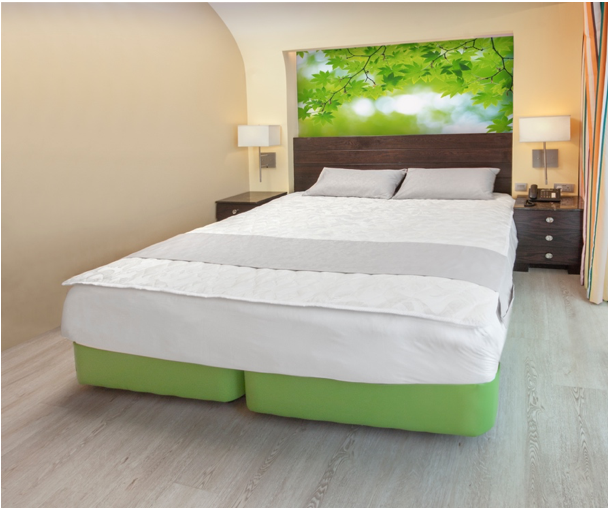 While the exact inner workings of magnetic therapy is still being determined, further developments have come up to reveal the benefits it has on bodily muscles and tissues which might have been damaged over the years or through injury.

This is largely due to our own body’s cells which already have electromagnetic fields of their own. This is an essential part of our body’s functioning as it maintains and facilitates their everyday purposes such as cell functions, message transmission to and fro cells and nerves, the maintaining of muscle movements and most importantly the beating of our hearts. This can be essentially applied through the use of products such as the BMag SleepTech Mattress padding (as seen above), which introduces a steady stream of magnetic currents to maintain these bodily functions even as we sleep.

The whole premise of magnetic therapy also affects the swelling and straining of muscle tissue in our bodies. With ailments such as osteoarthritis causing pain to radiate from different affected regions, the natural magnetic field of the human body is subsequently affected.

Thus it is important to revert these tissue to its original state where the pain can finally be diminished, allowing the body to heal and recover thereafter.

Firstly, Magnetic therapy boosts the blood circulation to the targeted region. This improvement in circulation will promote better transmission of oxygen and other essentials whilst removing waste products produced such as lactic acid build-up. Thus alleviating the pain and encouraging recovery.

This has been found to be particularly effective in the treatment of chronic diabetic foot ulcers. This use of electromagnetic field therapy that spanned 3 weeks was seen to have dramatically increase the output of blood flow towards and from the affected region.

An added benefit for magnetic therapy has been found to control and maintain our bodies’ pain receptor endings. Although this is affected the strength of the magnet, its effects would control and keep the pain receptors in check, alleviating the pain felt by the patient.

Mirroring the effects of acupuncture

This usage of magnetic therapy has also received much attention in the Eastern world, where it has been known to complement or replicate the usage of acupuncture treatments. The “chi” which flows through every human body as part of their life force or energy, would be streamlined around affected areas or targeted “acupoints”. This would in turn improve the condition of the damaged tissues, controlling the swelling of the affected regions to diminish the pain being produced.

A range of studies done by medical researches found that amongst the 6000 over participants, over 88% of them saw an improvement in their conditions. Thus indicating a positive effect on conditions such as insomnia and diabetes.

A natural hormone produced by the body called Endorphins are also similarly affected by magnetic therapy. Endorphins affect one’s reaction to pain where its positive application can act as a natural form of pain killers.

Studies have shown that the exposure to magnetic simulation has benefited the levels of endorphin in the subjects’ bodies, thus reducing the pain felt upon experiencing migraines or headaches.

The increase of endorphins can be seen where up to a 25% increase was seen after an hour’s worth of exposure to magnetic therapy simulations.

The cell regeneration of the body can similarly be boosted through the use of magnetic therapy. This treatment effectively encourages the cell growth to kick start the recovery of damaged tissues and body regions. This would then be an avenue to further test its effectiveness on the treatment for conditions such as osteoarthritis over the years.

Throughout the body, enzymes are key to the body’s metabolic reactions. In studies conducted on plant enzymes, it was found that a substantial 70% increase of enzymes was found. It has been hypothesized that a similar effect may be found with human cells which with further research may uncover. This may benefit the healing process whilst reducing the effects of inflammations from damaged tissues. Studies have also shown promising results where it can replicate the effects of drugs with anti inflammatory properties. The properties of drugs such as ibuprofen are supposed to reduce inflammatory enzymes which haven been effectively shown with the application of magnetic therapy.